23 Jul Northern Outdoors Interviews Kate Imp, Director and AT Leader behind “Beauty Beneath The Dirt” 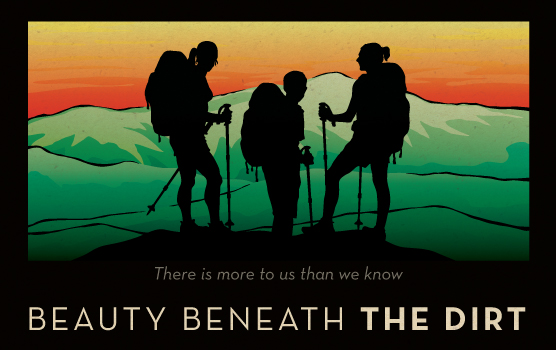 We had the great pleasure of talking wtih Kate Imp, Director, Thru-Hiker, and Executive Producer of the new and fascinating documentary about her journey with her brother and best friend, titled "Beauty Beneath the Dirt". It's takes place while thru-hiking on the Appalachian Trail, but this is no typical AT travelogue documentary, (there are plenty of those). You are in for a treat watching this new film – let's hear more from Kate!

You can also learn more directly from their website Beauty Beneath The Dirt. The film will be screening at Northern Outdoors on Thursday, July 26th, at 7pm. See event details here.

Q1.  Kate, what a journey you have taken with your thru-hike, and then to pull off a film documentary about the journey, while it's going on! Has this ever been done before on thru-hiking the AT in this way?

A. No, and if there was, I wouldn’t have done it.  There are only a handful of Appalachian Trail documentaries in existence today, only a few of them were made by actual thru-hikers, none of them were made by women, and none of them have been successful outside of the AT community.  While many of these ‘travelogues’ have proved useful to hikers, they fail to capture the attention of a larger audience because they lack in story and relatable characters.  Therefore I knew that if I told a story about three young, entertaining, relatable, somewhat good-looking urbanites, and filmed it reality-show style, I’d have a sellable product in my hands.  And that’s exactly what I did.

A. We picked Northern Outdoors as the second to last stop on our G2M Tour because we came through the facility during our thru-hike back in 2010 to reboot.  We bought nachos and two glasses of orange soda, mingled with staff for a few minutes, and then headed back to the trail. I remember wishing we could’ve stayed longer because everyone was so friendly and accommodating; this tour has given us the opportunity to reconnect. 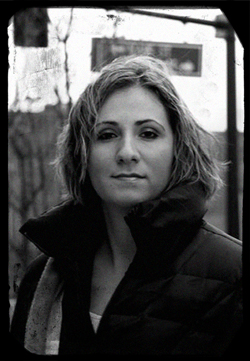 Q3. How has the response been to Beauty Beneath the Dirt in your G2M (Georgia to Maine) film premiere tour? It looks like you followed the AT locations for most, if not all, of your film showings, why is that?

A. Beauty Beneath the Dirt has been extremely well received by hikers and non-hikers, of all ages.  We’ve received a few emails and Internet comments from folks wishing they’d seen a movie about food, shelter, and water, and I happily point them in the direction of the travelogues already in existence.  This film is not about hiking the Appalachian Trail; the Appalachian Trail is a catalyst for a story about relationships and personal journeys.  Brandon, Emily, and I were young when we made this film and by no means perfect; but we made ourselves vulnerable on camera so that our audience could relate to us emotionally.  Film has the power to change lives. I believe that with all my heart. It can be used to inspire, to entertain, to inform, or to help us become better versions of ourselves; the screenings have been successful because this film does all four.

Hollywood is a tough business, and an Appalachian Trail docu-drama is a tough sell.  Based on test screenings in 2011, I knew we had a film that would do well in theatres and on television, but you can’t just call Oprah and ask her to put your film on OWN (believe me, I’ve tried).  You need connections, and I figured the best way to make those connections was to create my own buzz with a limited theatrical release near the trail itself—hence, the Georgia to Maine (G2M) Tour.  I chose the trail as my tour destination for business and personal reasons.  From a business perspective, I knew that: (1) people near the trail would see the film no matter what, (2) newspapers would run features because of the film’s relationship to the Appalachian Trail, (3) our sponsors would give us free products to raffle away because it’s their target demographic, and (4) we’d have free places to stay via friends and trail angels for a majority of the tour.  Knowing that we could get press and run a full-fledged 35-venue tour for under $3K was the reason I launched the G2M Tour.  On a personal note, there’s nothing more gratifying than reconnecting with people from your past.  This tour gave Brandon and I an opportunity to do that and as a result this has been one of the best years of my life.

Q4. What is the most surprising thing you learned about yourself while doing your hike?  How about in this process of creating and marketing your documentary?

A.Our tag line, “There is more to us than we know,” is derived from a quote by Kurt Hahn, the founder of Outward Bound.  He said, “There is more to us than we know.  If we can be made to see it, perhaps for the rest of our lives we will be unwilling to settle for less.”  I’ve always been a dreamer, always thought God had a plan for me that was bigger than my mind could even imagine.  But I knew that plan would never become clear without taking some risk.  So, I gambled everything in my life—friends, job, money, sanity, health—to figure out what God had in store for me.  Through this process I have felt abandoned, loved, alone, depressed, euphoric, scared, stressed, strong, and depleted.  Transformation does not even begin to describe what this process has done to me; I now know what I’m capable of, what’s important, who I want in my life, and who I want to be.  I’m ready to reach for the stars and no longer feel like I have to “settle for less.” 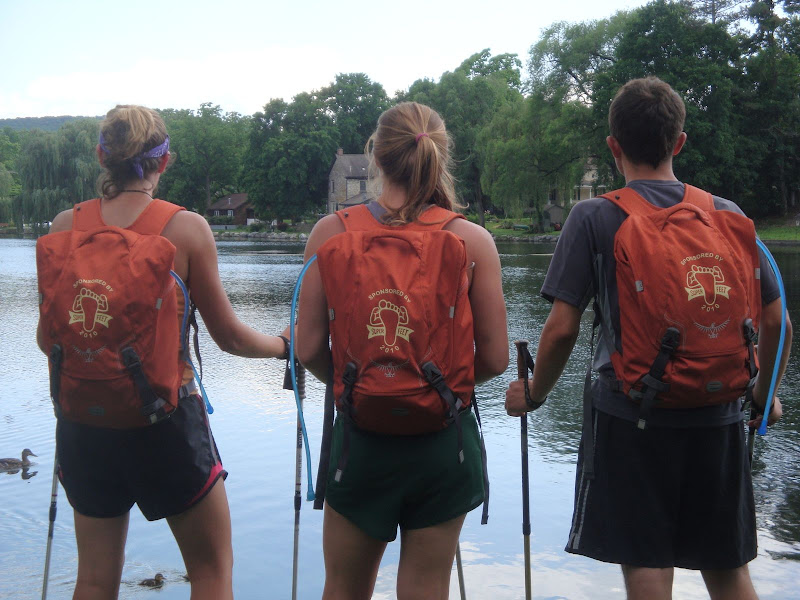 Q5. How can viewers learn more about Beauty Beneath the Dirt and support your goal of making it into a PBS documentary feature?

A.Viewers can learn more about Beauty Beneath the Dirt from our Website, Blog, and YouTube Channel.  We also use Twitter, Facebook, and E-newsletters to keep people updated on screenings, press, and eventual DVD release.  On the micro level, we are showing this film via film tours.  The G2M Tour will wrap up in Monson, Maine at the end of July; at that point we will immediately launch into a full-scale University Tour.  This gives us an opportunity to reach our target market: college students.  My hope is that by bringing this film to colleges and universities, we inspire a handful of twenty-somethings to take a hike, pursue a dream, or go on an adventure before “adult life” prevents them from doing so.  On the macro level, we are still searching for a commercial distributor to sell the film for release on TV and in theatres.  If we don’t find a distributor by the end of the year, we’ll cut the DVD and make the film available on iTunes, Netflix, and Amazon.  Viewers can help us achieve our goal of finding a distributor by: (1) sending the trailer to friends, (2) connecting us with producers, distributors, sales agents, and press, and/or (3) coming to a screening and writing a review on the Internet.

Q6. Why should people be interested in this film? Is it a coming of age story?

A.People will enjoy this film because it’s relatable, inspirational, entertaining, and informative.  I can’t categorize Beauty Beneath the Dirt as one genre because there are so many layers to the story; hence, the title.  On the one hand, it’s a story about hiking the Appalachian Trail, allowing viewers to see the natural beauty of the trail through the eyes of a thru-hiker.  On the other hand, this film is a coming-of-age story about three people trying to balance family, friendship, and personal happiness under physically and emotionally-demanding circumstances.  In my opinion, however, the most interesting element to this film is that … it’s real.  Drama, romance, pain, love, jealousy, achievement—basic human emotions we all feel—are thrown together in a heart-stopping 68 minutes.

Q7. With the distance of life on the trail, how or did your perspective change about our intensely networked, real-time cyber society?

A. When you strip away social media, cell phones, and advertisement, the only thing left is your thoughts.  If you’re having a bad day in “cyber society” you can distract yourself with Facebook and the Jersey Shore.  On the trail you have to confront your emotions head on; the lack of inputs brought each of us to the brink of insanity, but the end result was an ability to find peace within ourselves.  The experience also allows you to find joy in something as simple as a water spigot.